I choose NOT to smoke_World No Tobacco Day 2021

“I choose NOT to smoke” was the simple but strong message addressed to the Greek society during the event organized by the Hellenic Ministry of Health, in the context of the World No Tobacco Day on Monday, May 31, 2021.  The event was broadcasted live from the Acropolis Museum while a few, distinguished, honorary guests were physically present, due to the ongoing pandemic restrictions.

H.E. the President of the Hellenic Republic, Mrs Katerina Sakellaropoulou addressed the audience with a short greeting honoring the World No Tobacco Day. The Minister of Education & Religious Affairs, Mrs Niki Kerameus, the Minister of Health, Mr Vassilis Kikilias, the Deputy Minister of Health, Mrs Zoi Rapti, The General Secretary of the Ministry of Health, Mr Panagiotis Prezerakos, the President of the Hellenic National Public Health Organization, Mr. Panagiotis Arkoumaneas and representatives of opposition political parties presented their viewpoints, concerns and vision on tobacco control in Greece. 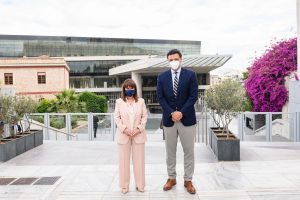 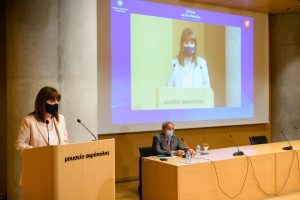 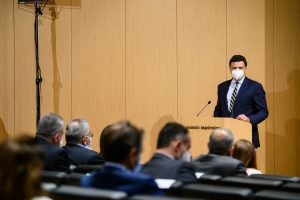 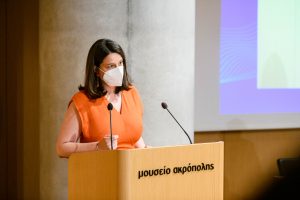 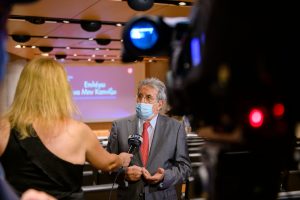 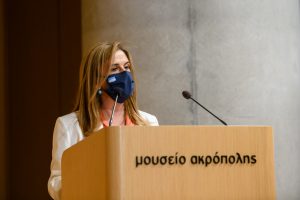 Prof. Panagiotis Behrakis, Director of the Institute of Public Health, The American College of Greece and Chair of the Committee of Experts on Tobacco of the Greek Ministry of Health, coordinated the entire event. During his opening speech, Prof. Behrakis underlined the remarkable decline of smoking prevalence in Greece during 2009-2019 (24,5%). According to the data of the Hellenic Statistical Authorities, the decline is even more exceptional (52,4%) for the population group aged 16-24 years old. During the second part of the event, acclaimed guest speakers delivered lectures on tobacco prevention and cessation, tobacco control policies and the major public health risk due to tobacco use. Prof. Behrakis presented detailed national data on the smoking prevalence decline achieved over the last decade, the profile characteristics of the Greek smoker, as well as the most recent data about smoking attitude of the Greek population during the pandemic. As he mentioned, the pandemic had a negative but, fortunately, small impact on the smoking prevalence decline in Greece. 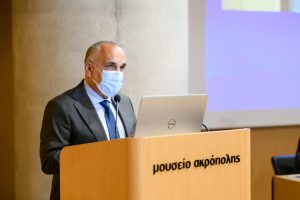 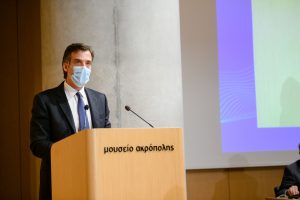 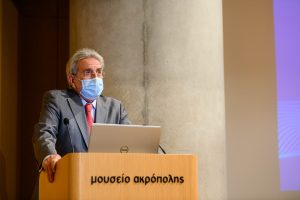 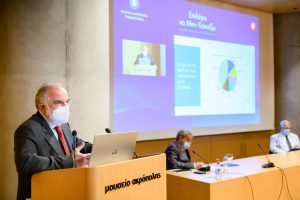 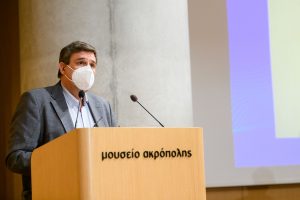 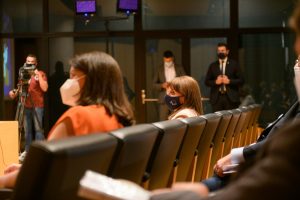 The President of the American College of Greece, Dr. David G. Horner, honorary guest of the Ministry of Health, addressed the audience with a short message, during which he paid tribute to the pioneering pillars of the College, ever since its establishment in Asia Minor, as an economic, cultural and social impact to the Greek society. Dr. Horner acknowledged the vision of the Greek-American entrepreneur and philanthropist George D. Behrakis, materialized by the establishment and documented work of the ACG Institute of Public Health (IPH), which is fully funded by the Behrakis Foundation in Boston. Mentioning the recent smoking prevalence decline in Greece, he congratulated Prof. Behrakis and the IPH team for “making a positive difference for the people in Greece”. 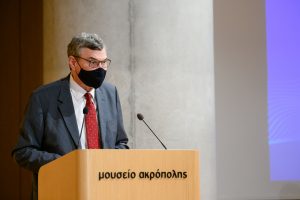 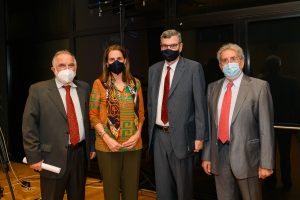 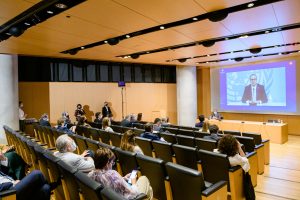 The event was held in greek: