According to the World Health Organization smoking is classified as a disease in the International Classification of Disease-10 and is considered the biggest epidemic of our time. Smoking causes cardiovascular disease, cancers and COPD, which are among the top 10 causes of death among high-income countries, including Greece.1 There is a need for multi-faceted, comprehensive and targeted efforts to reduce smoking and reduce morbidity and smoking-related mortality in our country. 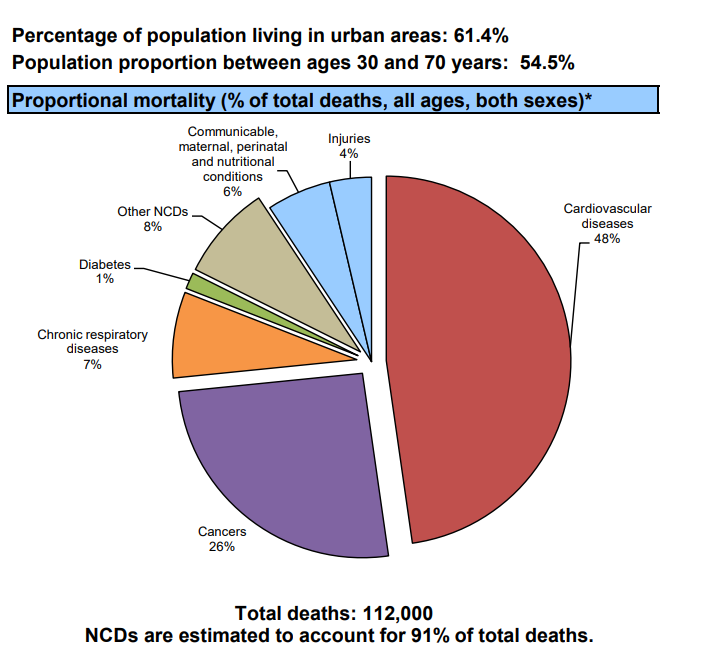 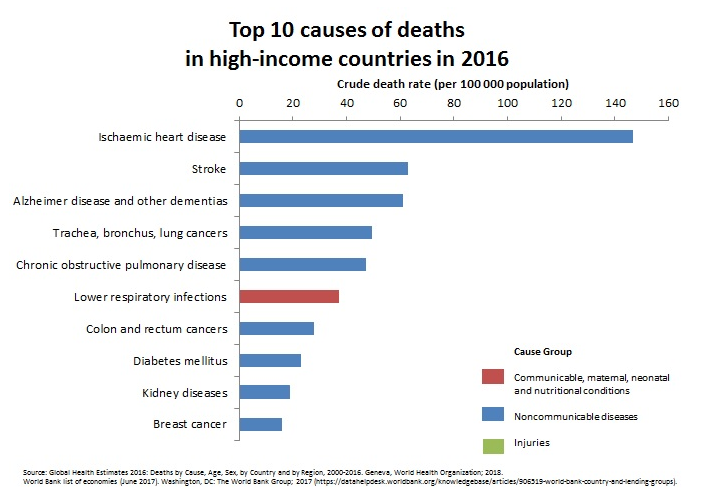 In 2014, the leading causes of death in Greece were attributable to non-communicable diseases with the leading causes being 48% cardiovascular disease, 26% from cancers and 7% from chronic respiratory diseases.2 The smoking attributable fraction for lung cancer in Greece is 84%.3 Furthermore, a recent study in Crete found ever-smokers had a high correlation with lung cancers with 75% of lung cancer cases having a history of smoking.4 In Europe, a decrease in percentage of deaths from lower respiratory infections and Tuberculosis has been observed while percentage of COPD and trachea/bronchus/lung cancers deaths have increased.5 Furthermore, these trends are projected to continue to 2030, meaning that smoking, which is a major risk factor for the leading non-communicable respiratory diseases, will continue to cause a significant impact on public health unless efforts are taken to reduce uptake of smoking in order to reduce the burden on public health but also in healthcare expenditure.

In a time where communicable diseases have been controlled and scientific medical advances have improved prognosis of many diseases, the main causes of deaths globally are attributable to a preventable cause of disease; smoking.

“Smoking prevention and cessation are key to reducing the loss of life from tobacco-related diseases”.

Science-based evidence also exists on the harms of passive smoking among both active smoking and non-smokers.6  Exposure to second-hand smoke causes 890 000 deaths of non-smokers every year, with almost a third of them being children.7  In 2009, the smoking ban law in public places was implemented by the Ministry of Health and Social Solidarity but until 2018, has not been fully enforced. Many countries across the globe have already implemented and enforced this law outlined by Article 8 of the FCTC and have shown major significant and measurable beneficial effects on public health.

Quitting smoking has many benefits regardless of your age, gender, degree of addition or co-morbidities. In Greece, multiple therapeutic interventions are available from counselling and psychological support to medication which can greatly assist the smoker who is ready to quit. Counselling and therapeutic interventions should be provided by physicians, as they have a responsibility to contribute to the reduction of smoking and lessening the burden of smoking on the health of their patients. Every physician should consider smoking as a disorder and addiction which requires treatment. It should also be common practice for all doctors to have a brief one-minute discussion with their patients about smoking, which has shown to persuade 40% of patients to trying to quit.8 The operation of Special Smoking Cessation Centers and the specialization of physicians in this area can further assist in smoking cessation. In addition, measures such as smoking cessation clinics, training healthcare workers on smoking cessation and providing smoking cessation therapies free-of-charge should be taken to reduce the burden of tobacco smoking for individual and public health.

N. Karatzas, Hellenic Society for the Study of Hypertension

The SMOKEFREEGREECE initiative, established in 2009 for tobacco prevention with an emphasis in the school community, does not in any capacity, hold any obligation or relation to any funders, institutions, persons, or initiatives with similar names and/or scope. Does not have any financial, ideological, social relationship or collaboration with any industry related to the manufacturing, production, distribution or promotion of tobacco and/or other novel tobacco products.

The SMOKEFREEGREECE initiative is fully funded by the Behrakis Foundation Boston MA and is supported by the NGO Hellenic Cancer Society and the Educational Institution, The American College of Greece.

UNDER THE AUSPICES OF

This website uses cookies to improve your experience while you navigate through the website. Out of these, the cookies that are categorized as necessary are stored on your browser as they are essential for the working of basic functionalities of the website. We also use third-party cookies that help us analyze and understand how you use this website. These cookies will be stored in your browser only with your consent. You also have the option to opt-out of these cookies. But opting out of some of these cookies may affect your browsing experience.
Necessary Always Enabled

Any cookies that may not be particularly necessary for the website to function and is used specifically to collect user personal data via analytics, ads, other embedded contents are termed as non-necessary cookies. It is mandatory to procure user consent prior to running these cookies on your website.