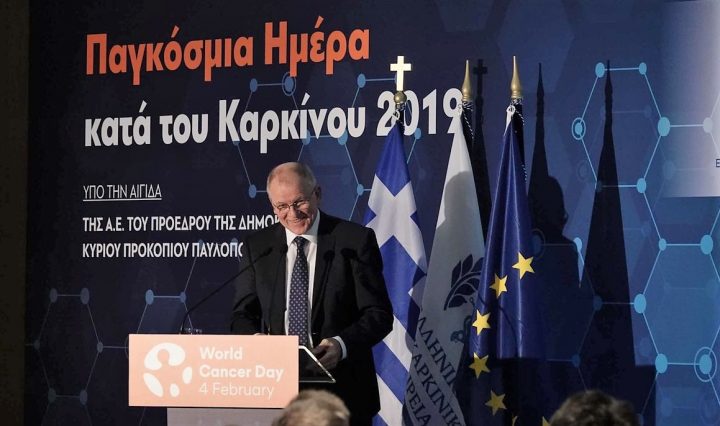 On World Cancer Day 2019 (February 4th), the Hellenic Cancer Society co-organized with the Ministry of Health the main event that took place in the Stavros Niarchos Foundation Cultural Center with more than 400 attendees. Main speaker of the event was the EU Commissioner for Health & Food Safety, who was initially invited personally by Prof. Panagiotis Behrakis, Head of the SMOKEFREEGREECE initiative.

As the European Commissioner for Health and Food Safety, as a doctor, as a father and grandfather, I am determined to protect citizens, particularly children, adolescents and young people. I must  say that the growing popularity of new tobacco products, among young people especially worries me. We cannot deny the reality. We cannot go on pretending that e-cigarettes are for smoking cessation when we see so many young people starting to smoke them. Despite all the important progress made, I am still frustrated at how easy it is for young people to obtain tobacco products. I am also disturbed by how much they are exposed to tobacco marketing and images projected in film and social media. 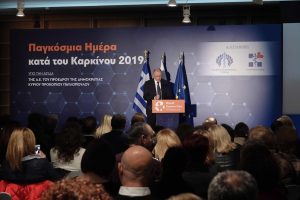 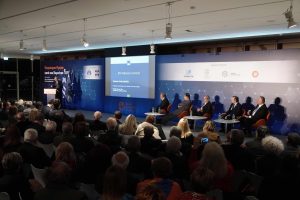 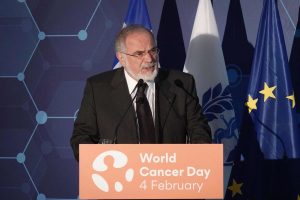 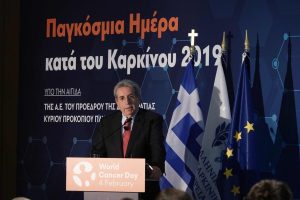 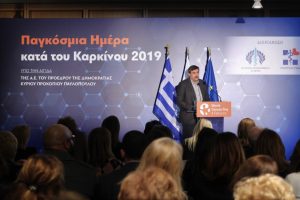 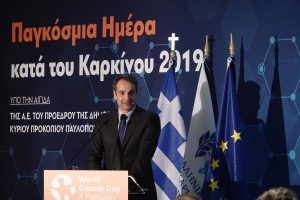 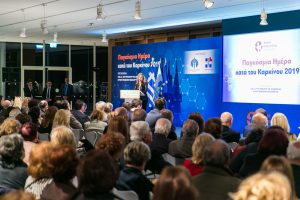 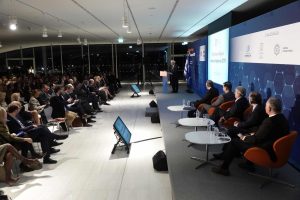 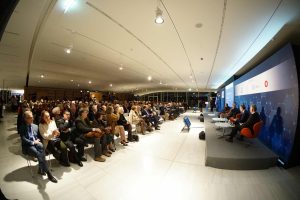 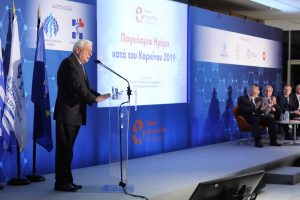 The event was held under the auspices of H.E. the President of the Hellenic Republic, Mr. Prokopios Pavlopoulos and had a very wide media coverage 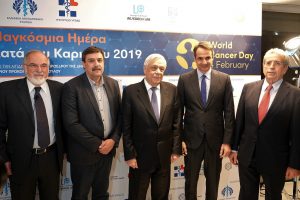 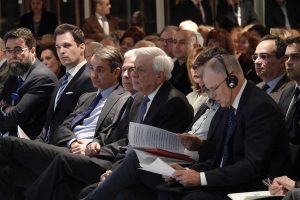 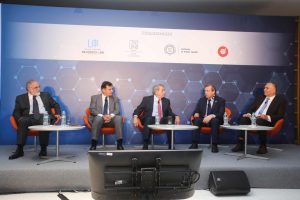 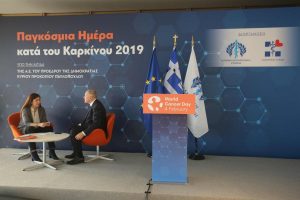 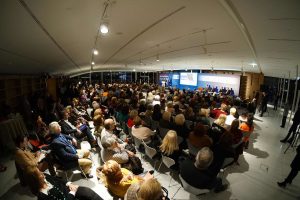 During his visit in Athens, Mr Andriukaitis visited H.E. the President of the Hellenic Republic at the Presidential Mansion, accompanied by the Minister of Health, Mr Andreas Xanthos and Prof. Panagiots Behrakis. 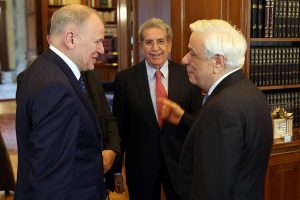