9th Panhellenic Students’ Conference “Learning not to Smoke” in Trikala 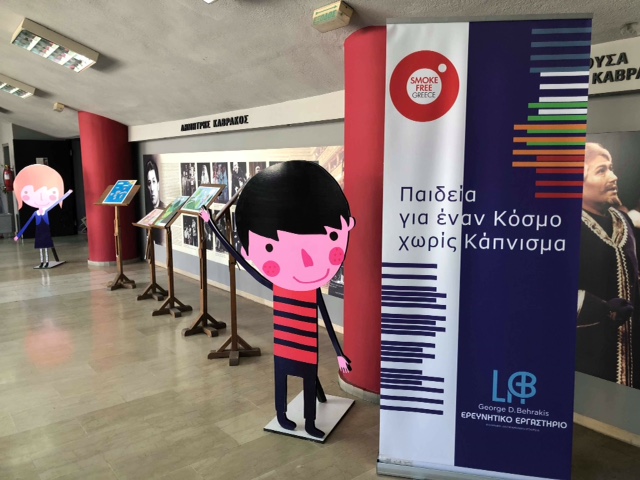 Greek students become the ambassadors of the effort on tobacco prevention

Congratulations to the winners of the Panhellenic Students’ Competition!

The 9th Panhellenic Students’ Conference, organized by the SmokefreeGreece team under the auspices of H.E. the President of the Hellenic Republic, Mr Prokopios Pavlopoulos, took place on November 6th, at the Cultural Center of Trikala and was joined by the Mayor of Trikala, Mr Dimitris Papastergiou, Director of Elementary Education in Trikala, Ms Vasiliki Kakla, Director of Secondary Education of Trikala, Mr George Konstantakos and Deputy Minister of Education, Research and Religious Affairs, Ms Meropi Tzoufi. Around 800 local students attended the conference and supported their peers who presented plays and musical performances, especially prepared in the context of their school health education on the prevention of smoking.

“You own the power to fight a negative legacy from previous generations, called Smoking“, addressed the President of the Conference, Prof. Panagiotis Behrakis, to all greek students 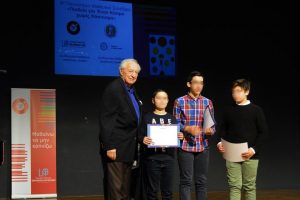 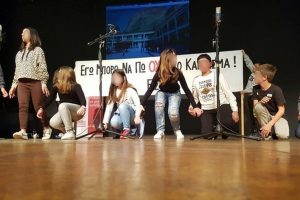 We thoroughly enjoyed the performances and thank the students for their hard work!

The Award Ceremony of the 6th Panhellenic Students’ Competition, entitled “Life after Smoking”, took place during the Conference. Most of the winners traveled to the city of Trikala from around the country in order to receive their award for their inspired participations.

“I can say NO to Smoking, can you?” was one of the students’ slogans used during their presentations

Following the conference, the SmokefreeGreece team, along with the initiative’s benefactor George D. Behrakis, visited the newly renovated Library of Kalampaka that was re-opened in 2015, fully equipped with numerous available books on various topics and high technology at the disposal of the citizens of Kalampaka, for their education and entertainment. We also had the chance to donate some of the SmokefreeGreece “Learning not to smoke” notebooks for the young visitors of the Library! For more information about the Library of Kalampaka, visit their website here.